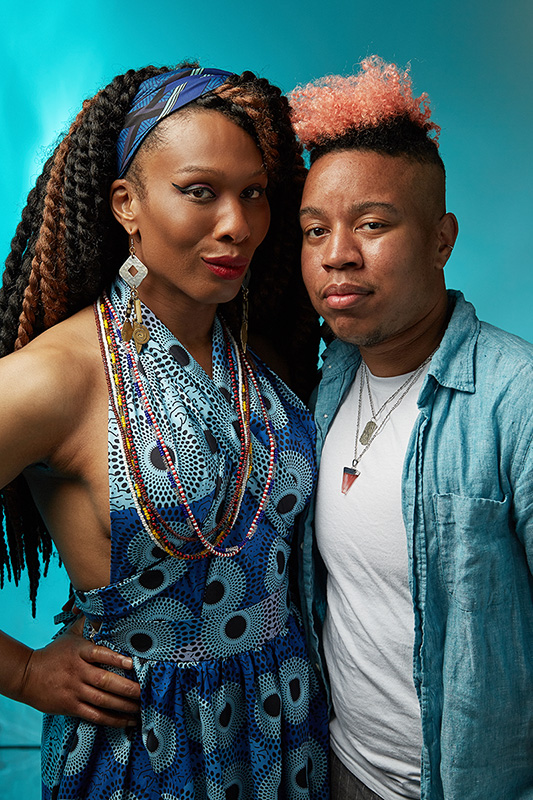 J Mase III is a Black trans queer poet and educator based in Seattle, by way of Philadelphia. He is the author of And Then I Got Fired: One Transqueer’s Reflections on Grief, Unemployment, and Inappropriate Jokes about Death and founder of awQward, the first ever trans and queer people of color specific talent agency. He co-edits The #BlackTransPrayerBook with Lady Dane Figueroa Edidi. He is also the head writer of the wildly-received theater show, Black Bois, which debuted in Seattle at On the Boards in April 2018. As a performer, he has shared stages with world-renowned artists like Chuck D and the Indigo Girls. His work and musings have been featured on MSNBC, NBC OUT, Essence Live, Atlanta Black Star, GO Magazine, Believe Out Loud, Everyday Feminism, Black Girl Dangerous, Upworthy, The New York Times, Buzzfeed, The Root, The Huffington Post, Teen Vogue and more.
Dane: Dubbed the Ancient Jazz Priestess of Mother Africa, Lady Dane Figueroa Edidi is a Nigerian, Cuban, Indigenous, American performance artist, author, teacher, choreographer, priestess, speech writer, playwright, writing coach, advocate, healer, a founding member of Force Collision, and a two-time Helen Hayes Award Nominee. She is the founder of The Inanna D Initiatives, which curates, produces, and cultivates events and initiatives designed to center and celebrate the work of TGNC Artists of Color. Considered one of the most prolific artists of our time, she is the first trans woman of color to be nominated for a Helen Hayes Award. In 2015, she received an Emerging Leader Award for her work with the DC Trans Community and is the GLBT History Project’s 2018 recipient of the Mujeres en el Movimiento Arts Award. She has also costarred as Patra in the new web series King Ester.

The Black Trans Prayer Book is an interfaith, multi-dimensional, artistic and theological work that collects the stories, poems, prayers, meditation, spells, and incantations of Black Trans & Non-Binary people. Often pushed out of Faith spaces and yet still deeply connected to a historical legacy of spiritual essentiality, Black Trans People face unprecedented amounts of spiritual, physical, and psychological violence. The Black Trans Prayer Book is a tool of healing, and affirmation centered on uplifting Black Trans & Non-Binary people and celebrating our place within faith.

What does it mean to have a faith practice that simultaneously challenges white supremacy and transphobia? Where is there a theological framework that centers the most marginalized and creates pathways towards an active spirituality moving alongside social justice? How might a spiritual practice not in tune with these questions cause harm? The #BlackTransPrayerBook, is holding these very questions. 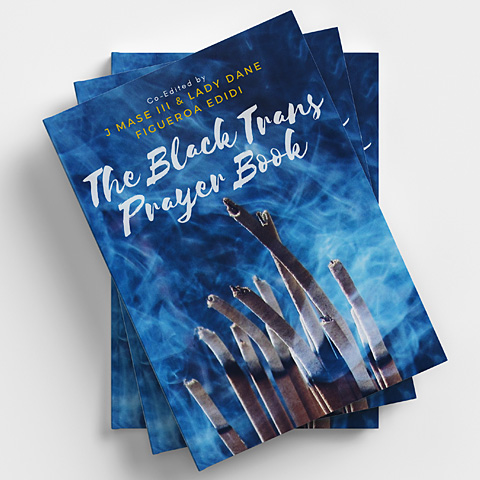 TELL US IF THERE IS QUESTION ABOUT EVENTS